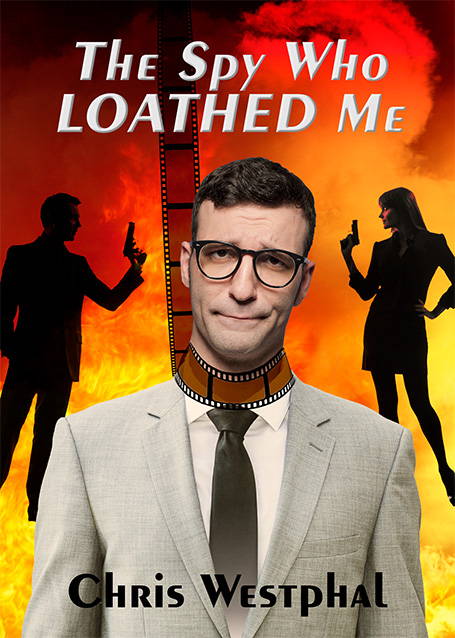 Hollywood, 1982. Struggling sitcom writer Tom Huttle has the ideal side gig: writing personality profiles for an insurance company’s newsletter. If only he knew that the company is a CIA front. When a CIA agent is murdered, Tom is the key suspect—at least in the eyes of bumbling FBI Special Agent Terrance Tillberry. If Terrance weren’t hopelessly in love with undercover KGB agent Petra Tarasova, maybe he would see that Tom has no idea what’s going on. But this is Hollywood. Nothing is really what it seems. When Chris Westphal flunked his interview with the CIA, it strengthened his conviction that he was better suited to writing comedy than to espionage. Since then, he has gone on to write for the hit comedy series Murphy Brown and Baby Talk. His humorous essays have been published nationwide, via Scripps News Service, and published in the Los Angeles Times, San Jose Mercury News, and Ventura Star, and in various online publications. In the Master’s program at USC, studying under John Rechy and Paul Gillette, he launched his career as a novelist. T.C. Boyle called Chris’s first novel In Huttle We Trust, published in Great Britain, a “fine, funny, well-paced, and well-written book.” The Spy Who Loathed Me is Westphal’s fifth novel, testifying to his continued fascination with the world of espionage and proving that in rejecting him, the CIA probably made the right decision.

The Spy Who Loathed Me

The Spy Who Loathed Me

In Huttle We Trust

In Huttle We Trust

Huttle to the Rescue

Huttle to the Rescue